1. a) This Association shall be known as the Coniston Minor Hockey Association.
b) For brevity, the letter C.M.H.A. shall designate this Association.
c) The above name shall not be used for any reason, unless authorized by the Executive board.

2. a) It shall be the aim of the Association to provide a wholesome hockey experience, not only for the children participating, but also for the coaches, managers and league officials. Our main interest shall always be in the child and not in hockey ability.
b) Sportsmanship, fair play, good citizenship, friendly competition, enjoyment and full participation for all team members shall always be our goal.

3) a) The Executive board shall be as follows:
i) President
ii) Vice President
iii) Treasurer
iv) Secretary
ix) Tournament Chair
v) Convenor – Junior (U7, U9)
vi) Convenor – Intermediate (U11, U13)
vii) Convenor – Senior (U15, U18)
viii) Fundraising Coordinator
b) The above Executive board shall be elected at the Annual General Meeting.
The President, Treasurer, and Tournament Chair will be elected for a two (2) year term on even years and the Vice President, Secretary and Fundraising Coordinator will be elected on odd years for a two (2) year term. The Convenors will be elected yearly.
Persons interested in running for the position of President must have held an executive position in the past.
In the event that an executive member resigns, leaves the Board through the course of their term or no one accepts the nomination at the AGM, the Executive of the CMHA has the right to appoint someone to fill this position.
The Executive of C.M.H.A. shall consist of residents living within the set boundaries. Non-residents’ may be elected to the Board, provided he/she has been a member of the Association for at least one year. Board members must be in good standing with Coniston Minor Hockey. The set boundaries are: one (1) mile west of the Nickel Centre limits on Bancroft Drive up to the intersection of Road, and on Highway 17 Nickel Centre Limits, and eastern limits to Kukagami Road on Highway 17, and southern limits including Wanup and Estaire including the areas south of Southlane.
c) In addition to monthly meetings, Executive meetings will be called whenever deemed necessary by the President or by two (2) or more members of the Executive board. Each Executive member is required to attend.
d) Each Executive member shall be notified by the Secretary as to the time and place of all meetings.
e) Voting power at the Executive meeting shall be one vote for each Executive member. The President shall only vote in the case of a tie.
f) Quorum shall be considered one half of the elected Executive and one.
g) The term of the coaching staff and other committee member will be terminated at the AGM.
h) At the first meeting following the AGM, all Executive members must hand in all material related to C.M.H.A. for filing purposes (e.g. registration forms, schedules, minutes correspondence, bank statements, etc.)
j) In the event of an email vote being required due to time constraints, the maximum approved expenditure would be $500.00 (five hundred dollars). The email vote will only be conducted by the President; all members of the Executive Committee have to be contacted.

4) DUTIES OF THE EXECUTIVE

The duties of the Executive are outlined in the standing orders. EXECUTIVE MEETINGS

The past President will be allowed to attend all Executive meetings, but shall have no vote.
The Executive can change any ice time.

a) Order of Business – Annual Meeting
Minutes of all meetings during the year will be made available
Minutes of Last Annual Meeting read (to be adopted)
Financial Report for the year
President’s Report for the year
Amendments to the Executive board
Election of the Executive board
General Business
Adjournment
b) The C.M.H.A. annual meeting will be held at the end of the hockey season at the discretion of the Executive.
c) Amendments to the constitution may be made only at the annual meeting by two (2) proposers and recorded at the annual meeting (voting to be done immediately with no prior publishing needed). Amendments to the constitution must be presented in writing to the Secretary at the time the subject is presented. Proxy amendments will be accepted provided they are in writing and are seconded.
d) C.M.H.A. will prepare a statement annually outlining the amendments to the Constitution from the previous annual meeting. Sufficient copies should be made to distribute to all concerned. C.M.H.A. will update and copy the Constitution every year.
e) Agenda should be made available to all parents prior to meeting.
f) Only members of CMHA in good standing; i.e. Parents/Guardians, members of Coaching Staff, Past Presidents, Lifetime Members and Executive Members are eligible to vote at the AGM.

a) All children residing in the Towns of Coniston and Wahnapitae, and families living within the set boundaries, (Nickel Centre taxpayers), may have their children playing hockey in Coniston. The set boundaries are: one (1) mile west of the Nickel Centre limits on Bancroft Drive up to the intersection of Moonlight Road, and on Highway 17 Nickel Centre Limits, and eastern limits to Kukagami Road on Highway 17, and southern limits including Wanup and Estaire, including the areas south of Southlane. Those living outside of boundaries can be accepted but cannot disrupt existing teams, only to fill a required vacancy to complete a team.
b) No child shall be permitted to participate in C.M.H.A. activities until their Registration form and respect in sport parent is completed and paid in full, for budgeting purposes, Etransfer payments may be submitted half on registration and half before Oct 1
c) NO RELEASES will be issued for any unregistered players. Players requesting a release will not be released until 48hrs after City Ice Allocation at the discretion of the Executive. The only Exception would be those players wishing to play Rep Hockey.
d) All children playing hockey in all scheduled league games will be given equal ice time. At the discretion of the coaching staff, any players and concerned parents not coming to practices may be asked to meet the coach to discuss.
e) e) A buzzer system will be used in the U7 and U9 levels of play per respective league rules.
f) If a child moves from Coniston he/she will be allowed to play in C.M.H.A. for the remainder of the season if it is approved by the C.M.H.A.
g) Standard suspension rules will follow its governing league rules.
h) Stronger or weaker payers may be moved up or down a division to best suit the player. This would only be permitted after conferring with the coaches, executive, parents and league concerned. The players must be permanently located by December 31st of the current season. The decision put forth by the executive, shall be deemed final.

Teams should be equally divided by drafting players. ​

Players who turn 18 years old after December 31st of the current season are eligible to play.

a) A copy of the constitution will be given to all group chairpersons, coaches, etc., at or before the first meeting of the year. It would then be read over the first meeting to make all new Executive or coaches in attendance more familiar with the working of C.M.H.A. and its aim.
b) The C.H.A., O.H.F., N.O.H.A., N.E.H.L., and C.M.H.A. rules will be followed at all times including the N.O.H.A. harassment policies.
c) Coaching staff applications must be in to CMHA by August 1st, and all coaches selected before the first day of registration.
d) Coaches or other responsible persons found under the influence of alcohol or non-prescription drugs, or using abusive language before, during or after a game, or during the transportation to or from an arena will be immediately removed from their position with that team until there is a review by the Executive. NO SMOKING in dressing room by any staff, player or guest is permitted. The policy of CMHA is to follow the guidelines of the NOHA as it pertains to the behaviours and responsibilities of coaches or other responsible persons.
e) The CMHA has banned the use of video recorders, including cell phones and other electronic devices with video capabilities (still and motion) from the bench area and dressing rooms at all NOHA sanctioned events. Per NOHA rules “Speak Out Information, Abuse, and Harassment NOHA Speak Out Policies – June 1, 2011 appendix F“
f) All purchases greater than $50.00 (fifty dollars) shall be authorized by the Executive board. All invoices must be given to the Treasurer promptly.
All accounts shall be paid by cheque.
All cheques shall be signed by two signing authorities.
g) No registration refund will be given after October 31st of the current season and all refunds will be prorated.
h) C.M.H.A. will supply their hockey teams with first aid equipment. It will be Coaches responsibility to advise the Convenor if supplies are needed and turn it in at the year end.
i) C.M.H.A. will purchase on a yearly basis, insurance to cover the cost of equipment when warranted by the Executive committee.
j) Signs will be posted to general public regarding the date, time and place of the Annual General Meeting, two weeks prior to the meeting.
k) All CMHA equipment will be kept at the arena.
l) C.M.H.A. will pay long distance phone calls for all Executive members for calls related to minor hockey business.
m) C.M.H.A. Executive approval is required for fundraising projects.
n) Any contract and/or lease and/or capital expenditures, etc… over $250.00 (two hundred and fifty dollars) related to non­ hockey related functions shall be voted by quorum.
o) All pathways presented by the NOHA are to be followed by coaching staff and overseen by the respective convenor. 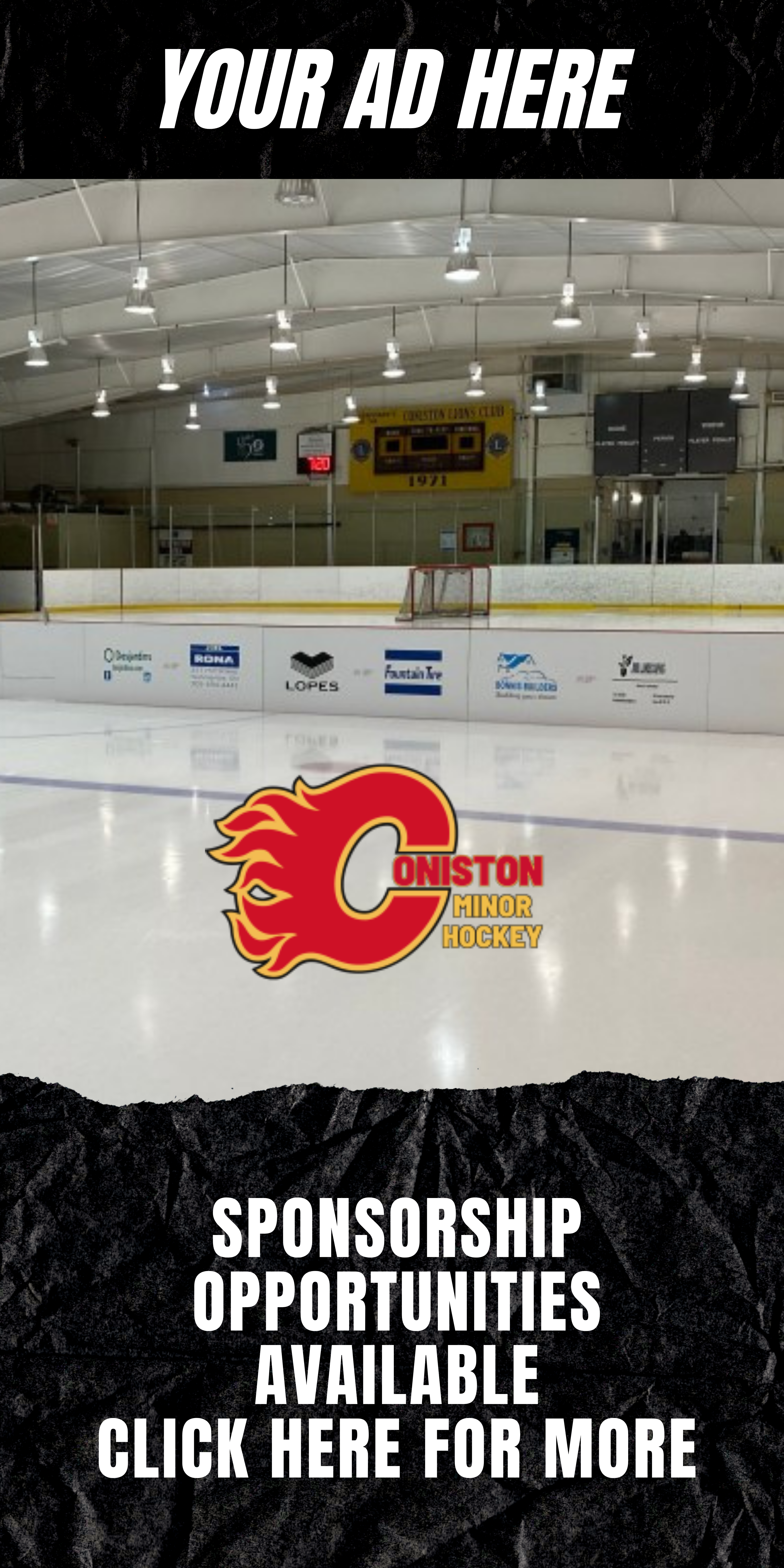